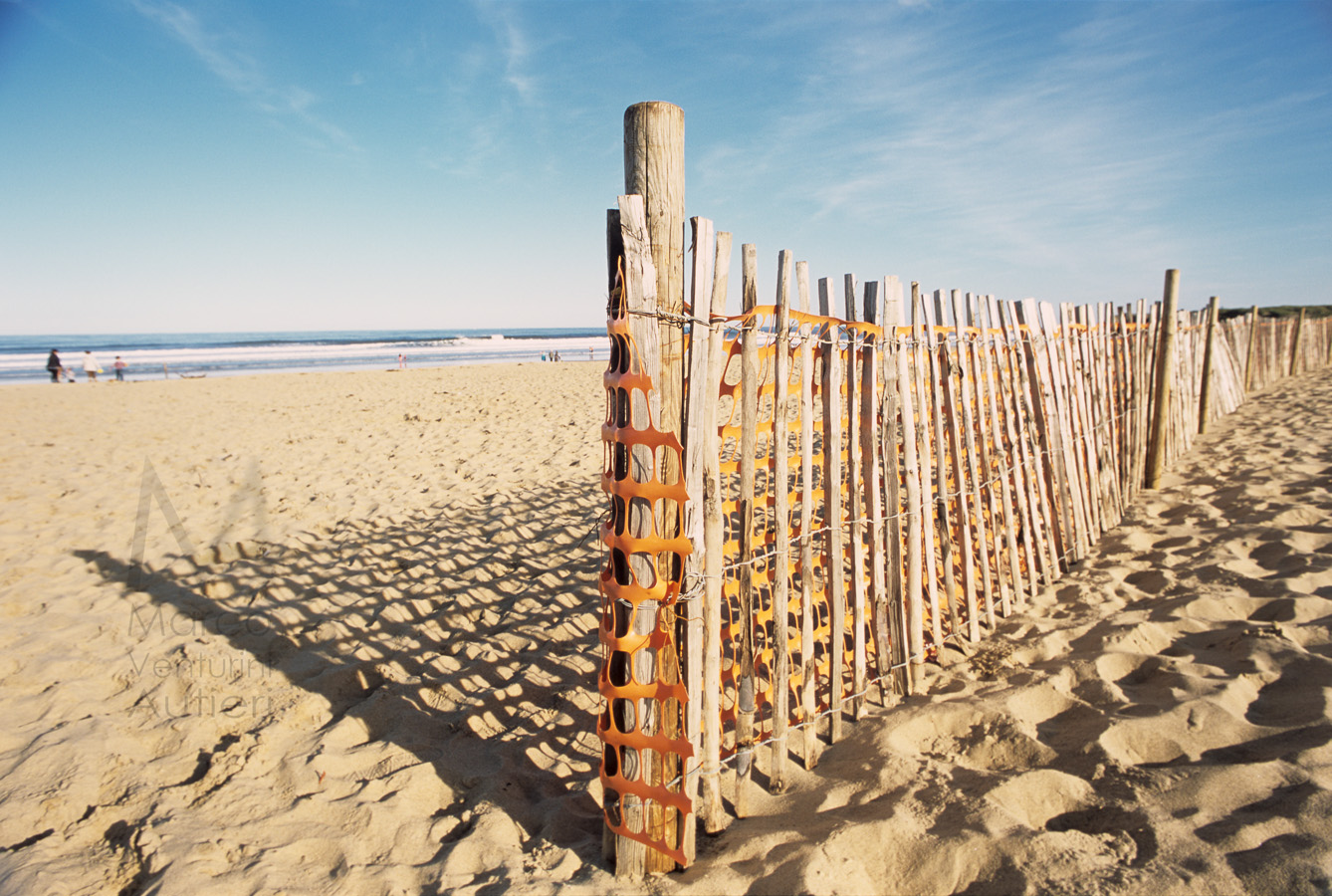 The orange colour of this fence nicely complements the sky in this unusually clear sky over Southshields, England.

Some lenses are soft in the corners. Generally, this is not a problem for most genres since placing the subject at the corners of the image would be rather unusual.

A few exceptions hold, however, architectural photography being one and, more generally speaking, wide-angle views. Especially in small-format sensors or film, wide-angle lenses are characterised by a large depth of focus that almost naturally invites to place visible and therefore relevant part of the scene in the corners.

This is a problem when you have a wide-angle lens that is extremely soft in the corners or even in the borders.

Well, I have such a lens and I find it very difficult to force myself and photograph with it without placing anything that needs to be sharp and in focus in the corners. The lens is the old Nikkor 20mm f/3.5 UD and it has spoiled several photos I took with it assuming a decent sharpness at the borders – this lens really does not achieve it, even stopping down considerably.

I would like to show here a couple of examples I managed to create satisfactorily by carefully placing the main subject in the centre and only there. (Of course, any small-resolution images displayedonline would appear satisfactorily sharp anyway, even with this lens).

The Nikkor UD, is used  in awareness of this strong limitation, can create very good images, technically characterised by being very sharp (in the centre) and well contrasted, on a 24x36mm frame. Of course this lens, used in the very small APS-C format typical of digital sensors, would appear to be always properly sharp without the problematic borders.