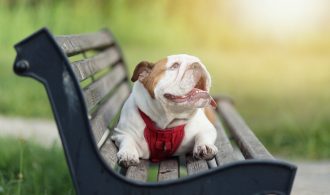 Here, too, the f/2 gave me the bokeh I wanted

Perhaps, the Canon 100mm f/2 lens is one of the most underrated/overlooked lenses ever (as of today, I cannot even find it on sale on Amazon!). This is, for me, especially incomprehensible:
– if we think of the current fashion/hype around bokeh and fast lenses
– given the fact that its weakest technical characteristic is in my opinion the strong vignetting
The latter is a flaw that:
– can be easily corrected in the digital age of excellent sensors with great shadow recovery
– is even beneficial for emphasising the central subject, which is often even the same reason that pushes for wide apertures and blurred backgrounds.
The primary reason I bought this lens was helping me with my portraits of Dafne. I wanted something better to use on my Canon 5D — which is my primary camera when I want to use bounced flash in TTL — instead of my EF 70-200 mm f/4L IS, a spectacular lens but:
– I rarely need the image stabilisation if I use flash
– I wanted something that could focus closer than 1.20m, which can be inconvenient if I photograph Dafne while standing and looking down towards her
– I hoped for something more compact to bother her less (the 70-200 can become uncomfortably long together with the lens hood)
– I even longed for a shallower depth of field to better isolate Dafne from the messy domestic backgrounds
I bought this lens second – hand off eBay and albeit I started using in the way I originally planned (for lovely portraits of my equally lovely dog), I eventually moved on using it for other subjects and my other Canon camera too (an older 1n, loaded with film).

Just as an example, this is a photo I took with the zoom at 100mm, more or less at the closest distance I could get:

It isn’t bad but I wish I could get a little closer. The 100mm USM allowed me to do just that: