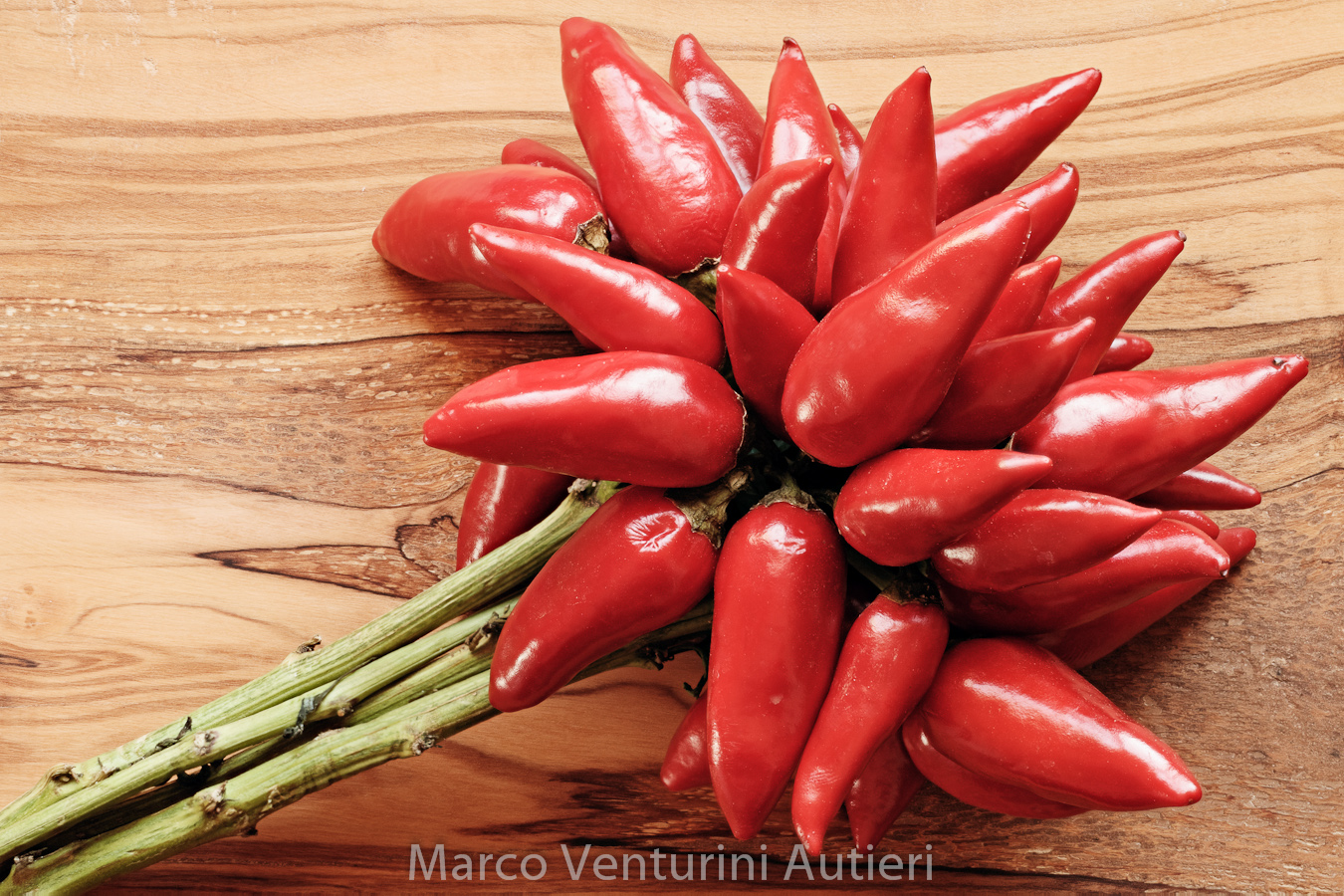 Red hot chili peppers and black and white photography with a red filter for high contrast of scenes with blue sky have one thing in common: are not well rendered by Fujifilm current cameras employing an X-Trans sensor.

All things in life — and in technology especially — have pros and cons; Fujifilm’s specially designed mostly has advantages over a more traditional Bayer-type digital sensor, but it has weaknesses too. A quick glance at Fuji’s design shows that X-Trans sensors have a lesser amount of red receptors. This translates into what I observe when I photograph RED or when I make a scene red by photographing with a glass red filter in front of the lens.

I am showing here the example of a bunch of red hot chili peppers. This is one frame of a focus-stacked series that I shot at ISO 200:

It is clear that the naturally smooth texture of the vegetable’s skin is rendered by Fujifilm’s own RAW converter with plenty of nasty artefacts. I have observed similar behaviour with 3rd-party converters. I could not get rid of this by simple noise reduction.

Besides affecting strongly the smoothness of otherwise smooth red areas, the “demosaic sharp” also has an effect on the overall brightness and redness of red images, as the following side-by-side comparison shows:

The final image, after focus stacking and further editing (of course, starting from a series developed with demosaic sharp=0), is the following: