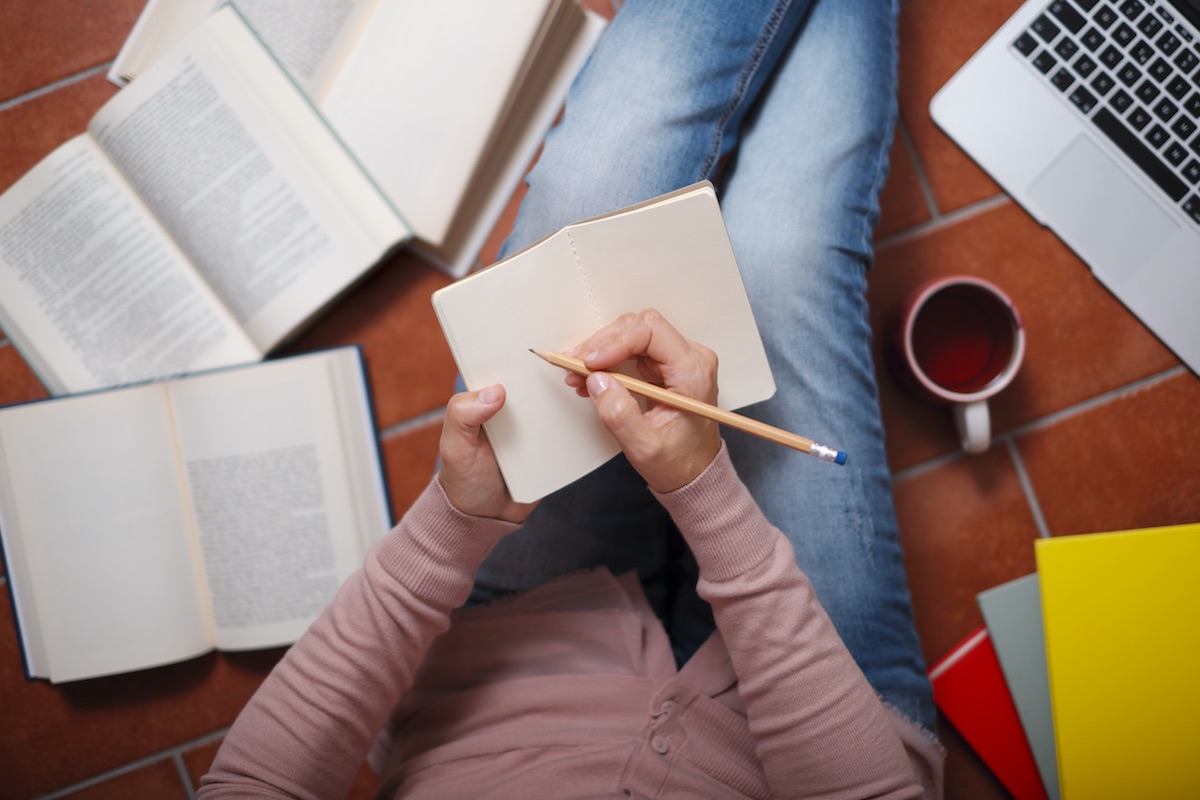 Sometimes, I believe it is just a fad: wide-open lens to shoot creamy blurred background. I like it but I am not too much into it. As it has been said, often a blurred background compensates for the lack of composition skills: what to do with what is behind the subject?

However, a blurred background can also serve a more technical necessity. I needed to have open books in the background, but I did not want them to be readable (commercial stock photography). I managed to get the hands in nice focus and the text fuzzy just as I wanted without editing, just using the Fujinon XF 35mm wide open at f/1.4. Very nice performance of this lens that, despite the small sensor format, gave me a good three-dimensionality and the plane separation that I desired. The close-up shows it well.

Because I shot RAW, I took care of only applying, selectively, sharpening on the areas of the image that were in focus. With Lightroom or Capture One, this is easily done with painted-in layers during RAW conversion. In this case I wanted to use the classic chrome picture style and so I resorted to Fuji’s own RAW converted, generating two final TIFF images–one with sharpening applied, the other one without any sharpening. Then in Photoshop I selectively chose which image layer to use to make the final picture.

We use cookies to ensure that we give you the best experience on our website. If you continue to use this site we will assume that you are happy with it.YES